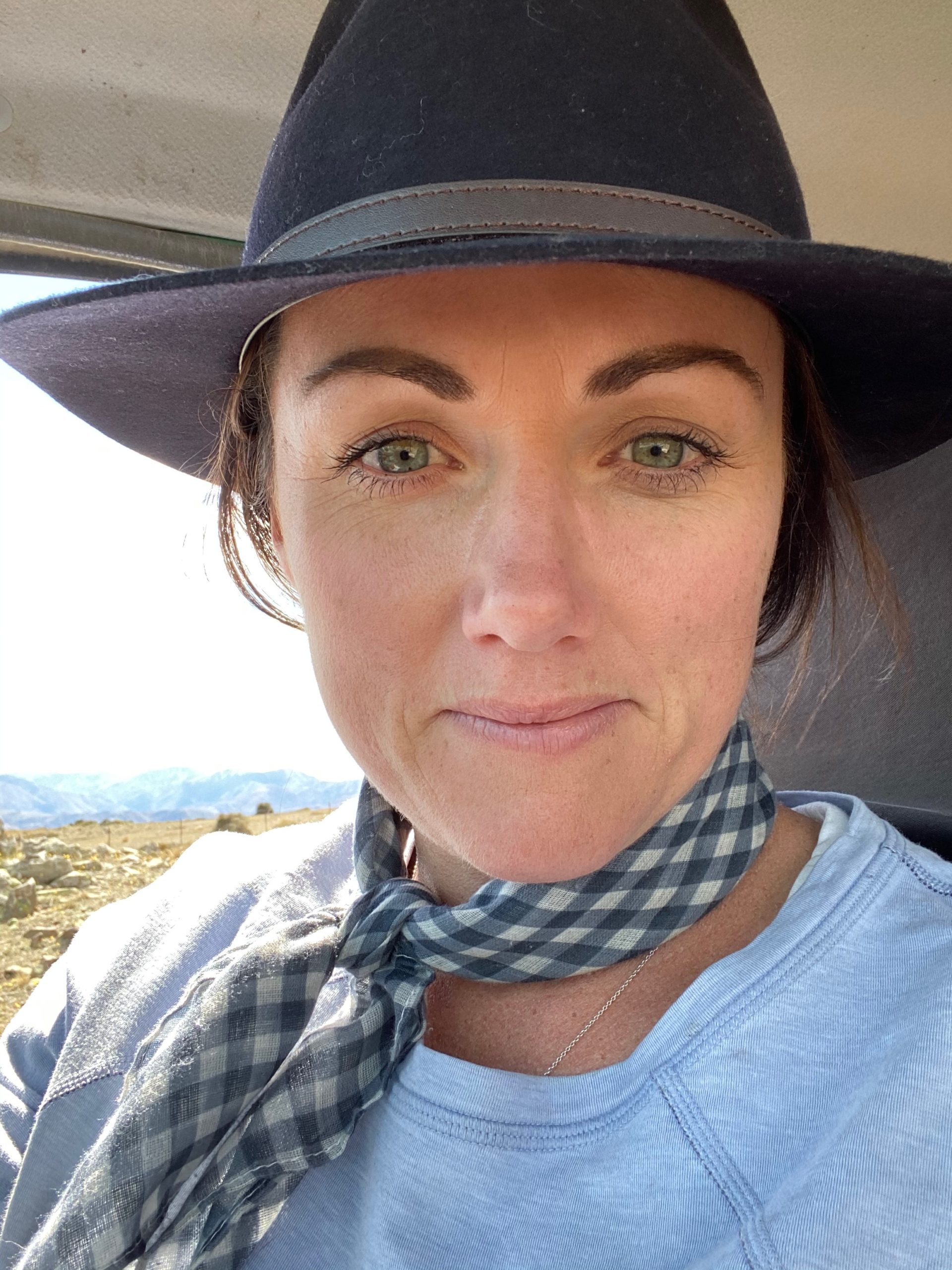 I am Philippa Cameron

I am the station cook at Otematata Station in the Waitaki Valley of the South Island, New Zealand. Most days I provide smokos (morning and afternoon tea) to our staff of shepherds. Some days if they are out on our remote high country blocks I will also prepare a lunch that can be eaten with a cuppa in one hand and their lunch in the other.

Each day is different depending on the time of year. The times of year that I particularly find busy are; shearing, lamb marking and the Autumn Muster.

There once were cooks employed on station who lived in the cookshop and fed the staff three meals a day plus smokos. But as the farm has evolved, we have found we no longer need to employ such a large staff, and the cooks job fell to the wife of the owner.

My husband Joe is the fifth generation to farm here at Otematata, where we are raising our two girls, Flora (4) and Evelyn (3) (the sixth generation).

Each week the shepherds write a grocery list, which I purchase on my weekly trip to town, Oamaru (100km). They may not have their breakfast and dinner provided for them any longer, but we still make sure they are well stocked.

As I have taken on the role of the cook I have found a purpose in the role. Some may feel that being tied to the kitchen is a step backwards for feminism. But I see my role being one of importance. It may seem like just a cuppa and a scone some days, but it is more than that. It is bringing the staff together

Below is an exert I wrote for a feature with @ruralwomensday ; I think it sums me and my role up perfectly.

My name is Philippa and I am a teacher who married a pilot. My husband grew up on a large South Island High Country Station where he was the fifth generation to kick dirt, but was always encouraged to pursue his dreams and have a career outside of farming before making any decision about coming home. We both had travelled extensively before meeting and travelled more together; and lived in cities abroad and in New Zealand.

We moved home when our eldest was six months old, and now our two girls Flora and Evelyn kick that same dirt as their Dad and his sister Olivia did a generation before. It’s an honour and a privilege to farm this land, and we want to continue with the legacy of good people farming and caring for the land.

With two small girls at home I am glad of the opportunity to earn a little pocket money, but also want to promote positivity in the role that so many of us who marry into farming families find ourselves in. We need to be proud of our roles. We are not only the cooks; we are the conversation starters over a cup of coffee, we are the ones who bring everyone together on the hill or in the paddock for a well earnt sausage roll, we are the errand runners and the ear to listen.

We may have left careers behind, but make the most of this new one. I’d like to encourage you to go to meetings with the other half, to attend conferences, listen to relevant podcasts; and be part of the farming conversation. Promote farming and be proud to be a farmer. Look after the wellbeing of those around you and yourself in this uncertain time in farming. And least of all don’t ever underestimate the power of a good scone and cuppa – your role is important.